Did Dodi al-Fayed Have A Secret Love Child?

Dodi had secret ‘love child’ as he wooed Diana

From the Observer, Sunday 8 February 1998 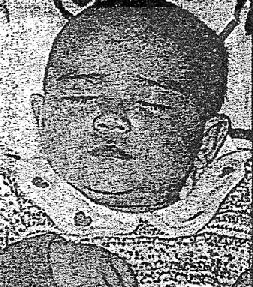 Dodi Fayed had a secret child. His daughter, Marni, was nine months old when Mr Fayed died in the Paris car crash alongside Diana, Princess of Wales, her mother claimed to the Observer yesterday.

Marni, whose photograph is said to bear a striking resemblance to Mr Fayed, was born in an American hospital in November 1996, according to her mother, Diane Holliday, a 36-year-old British hotel consultant.

Ms Holliday initially handed her baby over for adoption in the US but has now hired a London lawyer, whose clients have included the Duchess of York and Sarah Brightman, in an attempt to win her return.

Her solicitor, Douglas Alexiou, said in a statement to the Observer, “I am instructed by my client to confirm that she is the mother of the child. I have the birth certificate in front of me and the father is the late deceased Dodi al-Fayed. I am satisfied that the instructions are correct.” 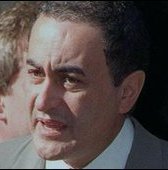 The battle over Marni has become the latest chapter in the long-running feud between Mohammed al-Fayed, Dodi’s father, and his bitter rival, Tiny Rowland. Scotland Yard is investigating allegations arising from the claim.

Dodi was Mohammed al-Fayed’s eldest son, so his daughter - if paternity is proved - could be an heir to the Harrods fortune. Ms Holliday claims that she had a series of meetings with Dodi's father at which he expressed an interest in bringing the child back to Britain, but that she has fallen out with him. “He has no chance of getting her”, she said yesterday.

She has also talked to Mr Rowland, who has been involved in a 13-year feud with Mr Fayed over control of the Knightsbridge store.

Mr Rowland told the Observer, “She told me a long story about Dodi and how he was the father of her baby who was born on 20 November 1996, in America. She said Dodi asked her to have an abortion. The baby was adopted.”

Mr Rowland said he believed there was DNA evidence to prove Dodi was the father. There is now a dispute between Ms Holliday and Mr Rowland, who has made a complaint to the police.

A Scotland Yard spokesman said yesterday: “We can confirm that police are carrying out an investigation into an alleged financial deception in London in December last year. The investigation was launched two weeks ago.”

Ms Holliday denies doing wrong. She says, “Fayed and Tiny are both waging a war against each other and I’m stuck in the middle of it. They are just using me ... I don’t want money, I don’t want anything to do with them, I just want to be left alone.”

Friends of Ms Holliday, who also has two teenage children, say she met Dodi at the Ritz Hotel in Paris in 1995. At the time she was separated from her husband pending a divorce. In the next five months, there were frequent meetings at Dodi’s Paris and Mayfair apartments and her former home in Bracknell, Berkshire. In July 1996 she discovered she was five months pregnant and broke the news to Dodi. Her friends deny Dodi wanted an abortion at first but say he went along with her wish for one. However, Ms Holliday later decided not to go through with it. Without telling Dodi, she travelled to the US, where an agency arranged the adoption.

Marni was born in Williamsburg, Virginia. After three days, Ms Holliday handed her over for adoption. She was told she would become liable for the hospital fees if she did not do so. She avoided contact with Dodi after returning to Britain, but during the publicity over his romance with Princess Diana in July 1997 she told him she had not gone through with the abortion. The two agreed to meet in September when he would have returned from his holiday with Diana. But Dodi died in the car crash on 31 August.

Ms Holliday has told friends she contacted the Fayed family after the funeral because she wanted to visit Dodi's grave. Subsequently she organised DNA tests for her child which are said to confirm that Dodi was the father.

Ms Holliday now lives near Bury St Edmunds, Suffolk. She says she decided to give up the baby at a time when she could not cope. “I became pregnant at the worst time in my life. I didn't want my daughter and mother to know about the baby, so I went to the States to have her and then I got her adopted. Now I'm trying to get her back.”

Reproduced with permission of Michael Gillard