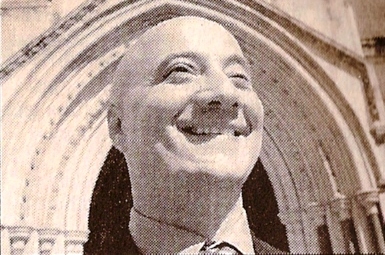 The Appeal Court has finally quashed the deeply unsafe conviction of Erkin Guney, jailed for 14 years for possessing a gun and supplying heroin. But the appeal judges declined to tell the 38-year-old why he has been wrongly incarcerated for seven years and why the court has now overturned his conviction.

Erkin Guney following his release in May 2003

Guney has always maintained that he was set up by a business rival in collusion with bent police, when officers acting on “intelligence” raided his house and found a handgun and ammunition in one bedroom and five bags of heroin worth £750,000 in another.

Last Friday Lord Justice Kennedy said that “doubt has been cast upon the integrity of persons who were then (but are no longer) police officers, and who played an important part in gathering intelligence”. But he said no more. There was, he said, a balance to be struck between a duty to inform Mr Guney of what had happened and a need to protect others “who might be endangered if more were said”.

Guney’s appeal must have been one of the shortest on record. The Crown Prosecution Service (CPS) had already thrown in the towel, admitting that “new sensitive material” completely undermined its case so “no sensible argument could be mounted to maintain the safety of this conviction”. Thus there was no discussion of the case in open court.

Eye readers will recall that it was secret “sensitive” material withheld from Guney’s defence team and from the jury that played a major part in his wrongful conviction in the first place. The crown used public interest immunity [PII] certificates to conceal evidence believed to relate, among other things, to police and their informants.

But while PII certificates protected prosecution material in the case, loopholes in the evidence it presented gave weight to Guney’s claims of innocence. There was no fingerprint or DNA evidence linking him to the drugs, gun or ammunition; there was no proof he’d ever profited from drug dealing, so no confiscation order was made on any of his assets; no drug paraphernalia was ever found on his property; the cling film wrapping the handgun was different to that found in the house.

A serving police officer, aware that Guney had had difficulties with rival businessmen, gave evidence on his behalf, saying that he believed Guney had been stitched up. Further concerns about a possible miscarriage of justice were raised when tape-recordings came to light supposedly of detectives offering to “scupper” Guney’s trial in return for £50,000 from Guney’s millionaire father, Ramadan Guney, the Turkish Cypriot businessman who stood bail for disgraced Polly Peck tycoon Asil Nadir.

Although the Met’s anti-corruption unit investigated the tapes, Knacker of the Yard concluded there was insufficient evidence for a prosecution.

Guney’s case was sent to the appeal court for consideration last summer by the Criminal Cases Review Commission. It was deeply concerned but said it could not give too many details away because they were too “sensitive”. On Friday the Court of Appeal did the same thing. Tim Greene, Guney’s solicitor said: “The court decided to protect the police, rather than tell Mr Guney why he spent seven years in jail for something he didn't do.”