Battle of the Wills. You can see this (in three parts) on YouTube: 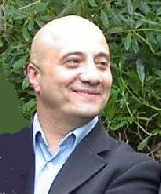 This programme discusses the use of Public Interest Immunity (PII) on the criminal justice system. PII is otherwise referred to as “official gagging orders” and have become far more common in recent years. This extract includes reference to Erkin Guney’s case where PII was used to suppress “sensitive” evidence.

There are additional comments by Erkin’s lawyer Tim Greene and the Attorney General Lord Goldsmith. No-one from the Metropolitan Police was willing to be interviewed.

Untouchables (part 1 of 3) - Erkin describes his miscarriage of justice

Untouchables (part 2 of 3) - Erkin describes his miscarriage of justice

Untouchables (part 3 of 3) - the press launch of Untouchables at the Palace of Westminster. The recording includes speeches by Andrew MacKinlay MP and Simon Hughes MP. 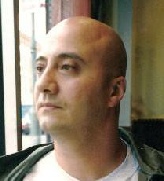 Jenni Murray discusses the impact of miscarriages of justice on the victims and their families. Every year 25 people are released from prison after their case is reviewed and it is found they have been wrongfully convicted. When a guilty prisoner is released there is preparation for their release, and they are given help and guidance to adjust to their new life outside. So far there is no such help for the innocent, who also face being billed by the Home Office for their time spent in prison. This extract includes comments by Erkin’s wife, Melanie.